I’m a nerd, or geek, however you want to phrase it. I love sci-fi, comics, steampunk, complex board games, fantasy creatures, urban fantasy books, and cosplaying as a highborn lady for any local Renaissance festival. I’ve introduced PMS into Dungeons and Dragons when my character needed a good excuse for fire-balling some grumpy dwarves. I’ve been a geek so long that I understand what Heinlein meant by “groking” someone. (If you get that reference, bless you. You’re old too.) In fact, this year I may vote for Cthulu for President, figuring he actually might be the lesser of two evils. 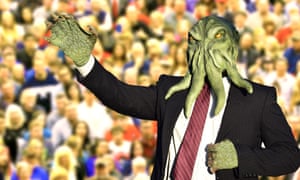 Even more so, for the most part my family could substitute for any number of the characters on The Big Bang Theory. We own light sabers and have fought with them. We play Magic: The Gathering (known as Mystic Warlord of Ka’a on TBBT) along with Star Realms, Fluxx, Dominion, and many others. If a blue police box vibrated into reality in front of me, I’d not hesitate to step inside and meet the Doctor. We quote movies at each other, have IMDB as a favorite app, and answer the phone in Huttese. And don’t even get me started on my AFOL Lego collection!

Now I want to write a book that involves this somewhat specialized group of people who love things whimsical, futuristic, powerful, and wildly different from the “average” person, or ‘danes as we call them (short for mundanes). We are a great and growing population that was stigmatized in the past. We wander down different thought paths in search of the great beyond or the magic deep inside.

However, in desiring to name the genre of this new book, I wanted to avoid hurting people in this lovely group. What should I call them? Nerds and geeks were the tags most often used. Traditionally “nerd” was a bit of a social misfit but not necessarily smart, while geek was an almost idiot savant smart person in only one category, now usually associated with computers.

What Rules in the Name Game

For more views, I reached out to others with that question. The answers I got back were wide and in some ways astounding. Some talked about which words were less offensive. A few said they wore the monikers with pride. Others suggested alternatives like “the fandom life.” It doesn’t have the negative connotations but also is a bit too vague, in my opinion. A few responders said nerd was more akin to social awkwardness while geek has a “passionate fan vibe.” I think the Nerdarchy people might disagree with this, however. One beautiful, intelligent lady even declared she was called the “Dork Queen” for years. Really? And that’s not nasty? She didn’t think so, so more power to her!

“I aim to misbehave”

Finally I decided, “Ditch the labels.” I hated them anyway. These name tags foster unnecessary bigotry and separateness. We have nothing to be ashamed of. I can’t think of one negative aspect about living the “nerdly life.” My people are dreamers, builders, teachers, explorers, readers, lovers, and so much more. We stand proud, wizards and superheroes next to storm troopers and airship commanders.

Steampunk fans gather at Renaissance Faire in Bristol, Illinois one weekend every summer.

If you in the mundane world doubt any of this, just take a look at any of the original 1960s Star Trek episodes. The communicators then are the cell phones of today and Yeoman Rand always presented Kirk with a box to sign forms. Her small computer embraced the idea of the modern day tablet. Some of the members of the fandom collective invented these wonderful modern conveniences by being inspired by the possibility of “what if.”

So here’s to the fandom life! Or as Jayne would say, “Shiny! Let’s be bad guys!”

And look here to share one of my theme songs. Talk Nerdy to Me