How do you keep going after so many rejections?

Looking at the last year, my family had spent a lot on my career: three large conferences to be exact, all with interactions with agents. So far, I had a lot of miles under my belt but was still receiving the nearly meaningless “just not right for us” rejection letter, if I heard anything at all. To make matters worse, we were starting to feel the pinch from the high expenses.

In December of 2014, my husband had declared that this was to be the year that I moved “further in my writing career,” for whatever that meant. He planned on heavily investing in my work. I had one book on the shelf, three stories in small anthologies, and a manuscript that I had shopped around on and off again for about four years. We used the term “further” rather than “success” or “published” because we both knew that “success” could mean several different ideas and “published” takes more than a year in the path I’ve taken. After all, I had already been shipping query letters off and re-editing (yet again) my novel.

Based on information I heard at the 2014 Thrillerfest, I spent the winter getting my social media started, organizing a speculative writer’s group in Northwest Indiana, and developing the third novel. Success came in small measures. I attended multiple book signings for my old book, received great reviews on my pitch, opening, and query letter, and sent out new stories to more anthologies.

However, by August the rejection letters from agents and editors had not changed, when they showed up at all. I felt like “just not right for us” was becoming my mantra. I wanted to scream, “Just tell me what is wrong and I’ll fix it!” to the silence that greeted me each day. Depression settled in. I was never going to be a career author. I became too afraid to write more and worried about throwing good money after bad. I even had stalled out on the query letters.

My husband didn’t agree. When I showed him the Writer’s Digest announcement about agent reviews of writers’ first ten pages, he didn’t waste a moment. “Sign up,” he said.

“Don’t worry about that.”

Hard to do when you are facing huge repair bills on the house. However, I followed his advice. The results: glorious. The Agent Boot Camp told me exactly what I needed to know to improve my work and why I was getting the form rejections. Among a few other minor issues, I had placed it in the wrong genre. The agent loved my character and the setting. Upon reading those words, the sunshine burned through the ego-killing gloom in my attitude. I began believing in myself again.

Moral of the story: continuously believing in yourself is hard work. Everyone has moments or even months of doubt. For those times, turn to the one person who believes 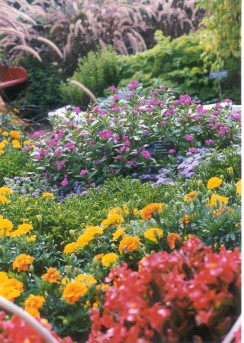 in you no matter what. Give them the whip, cattle prod, guilt knife, pocketbook, or whatever they need to keep you moving forward.

Then let them use it. You won’t regret it.

As ever, happy writing!